about Shady alleys and Planet rays 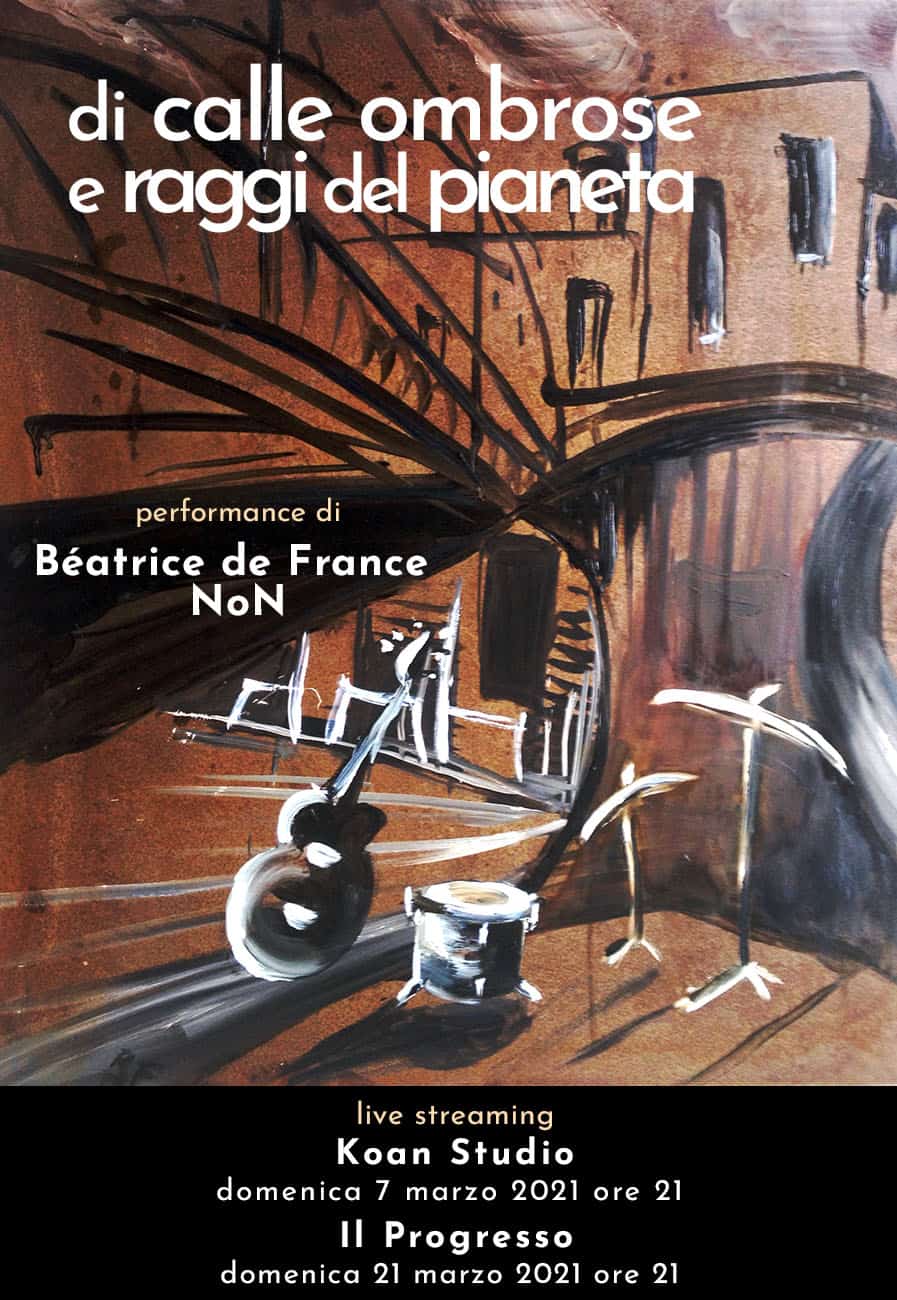 The city is a set of exasperated perspectives which led to dark slums, from which bottom light shines. At first light is evanescent. Then, while moving forward through the shady alleys, facing unknown and mystery, a lighting and welcoming space outlines. It’s our creativity room, our muse’s one, the music room.

Planet rays light up this room. Things inside take the shape of our desires and dreams, according to our mind and feelings prod. They are linked with a secret wire to the city.

We invite you to be part of the event “about Shady alleys and Planet rays”, happening based on musical and painting improvisation, that will be broadcast in free streaming Sunday March 7th 2021 at Koan Studios and Sunday March 21st 2021 at Progesso theatre, in Florence.

It is an extemporaneous event, a happening which peculiarity is based on total art research, a unique sensorial experience both improvised by musicians and painter. Spectator is immersed in music and visually involved by the canvas that gradually get alive and colored, till they become part of the artwork.

Players of this unique and unrepeatable happening are the painter Béatrice de France and the Florentine band NoN, the project of Zà (vocals and guitar), Max (bass) and Al Bin (drums). A songwriter trio dedicated to dark and powerful rock. 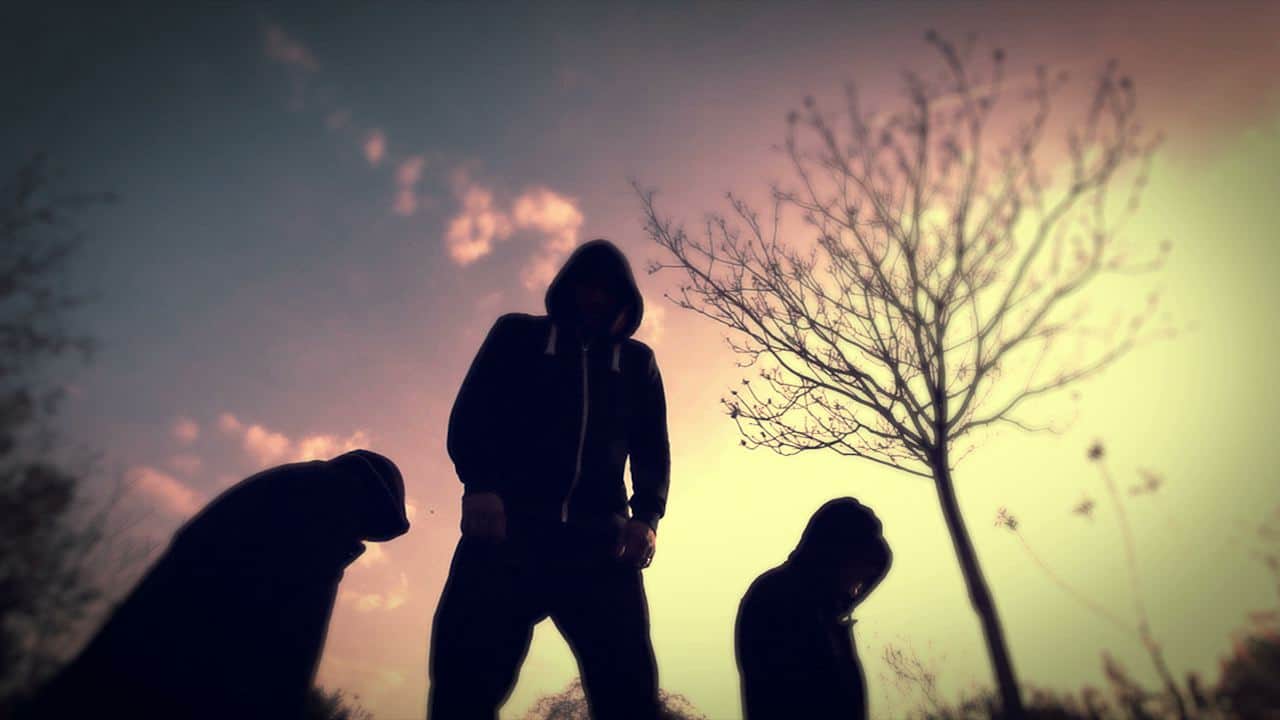 NoN. A lonely and inaccessible negation. A word that can be read from left to right or from right to left but remain the same, an absolute refuse.

A refuse and in the middle of the “o” whole which is an empty space.

An empty sense space. And from it an electric scream, a hazy prayer of amplifiers, dark and tense Wave rock. A J’accuse against nowadays ethical nihilism.

They have published two albums, “Sacra massa” and “SanctaSanctorum” with Garage Records label. They are working on their third album.