In the beginning were Shadows 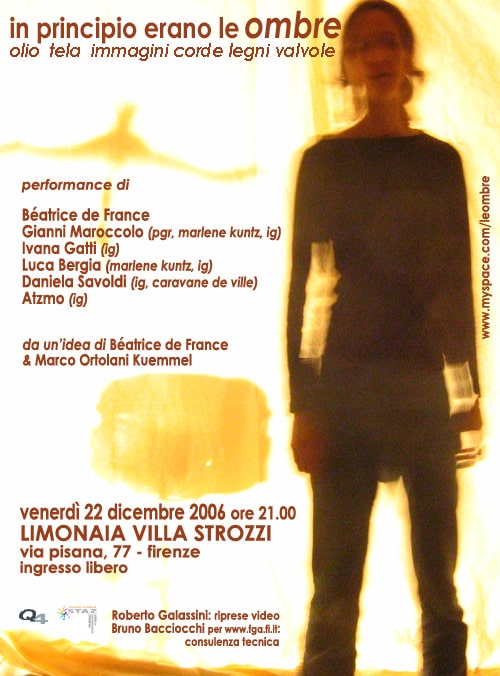 Together with Marco Ortolani Kuemmel (Leanan Sidhe) we have created in 2006 a performance of both painting and rock improvisation with IG, an indie Italian rock band. It has taken place on December 22th, 2006 in Florence, at La Limonaia of Villa Strozzi. The musicians are currently members of main Italian rock bands: the composer and producer Gianni Maroccolo is founder of Litfiba, Csi and Pgr; Luca Bergia member of Marlene Kuntz, and Antonio Aiazzi, former member of Litfiba. Ivana Gatti front woman, Daniela Savoldi is violoncellist of IG.

The songs created by IG were dreamlike and full of otherworldly atmosphere, suggestions of A.C.A.U. (Maroccolo album). The sounds evoked fall of butterflies and leaves, soft swishes. In the same time they were imprinted of tension and mystery. 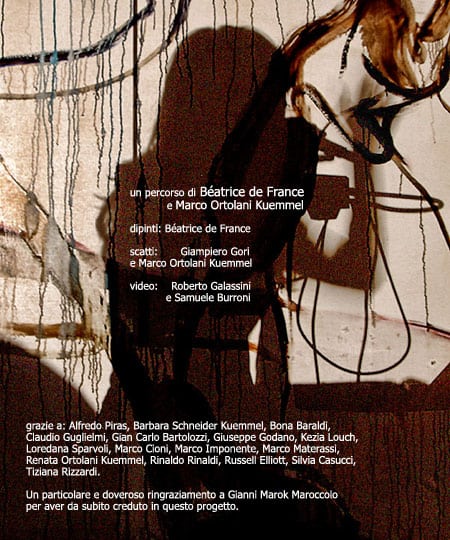 The second performance has been created with Bachi da pietra, an indie italian rock band. It has taken place on April 19th 2008 in Siena, at Corte dei Miracoli.

The drums of Bruno Dorella are essential with only a snare drum, kettledrums and one cymbal. Giovanni Succi voice is cavernous. In 2007 at Bologna, I have attended a Bachi da Pietra concert that have been minimalist, bald, plainly. 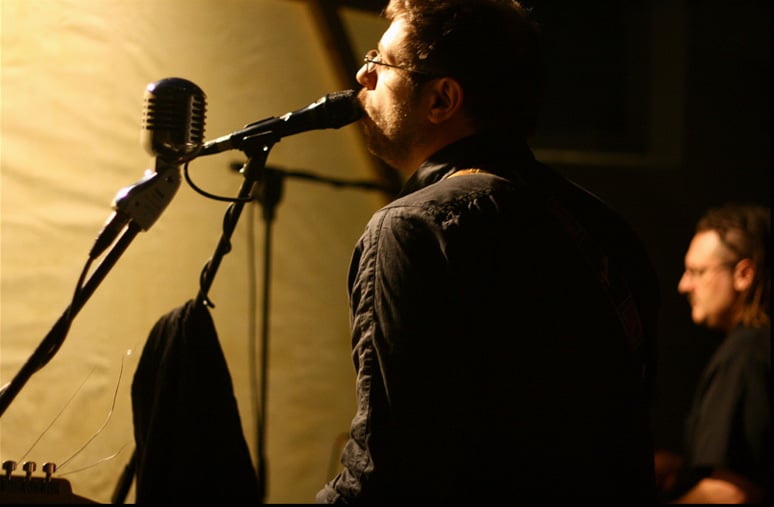 I admire and appreciate this kind of rock music that manage to communicate with a few instruments. Maybe it is more difficult to listen for a wide public, but second me more interesting. It is harder to create with a few medium, it follows that the result is consuming and outspoken, powerful. Indeed to express oneself brainchild has to be involved. I have noticed through my own experience and observation of other people’s work that this minimalism of medium used is fruitful as well for other art expressions, such as painting and cinema.

The sound of Bachi da Pietra is spry, sandy, bronze. Nothing is glossy: rust is everywhere. 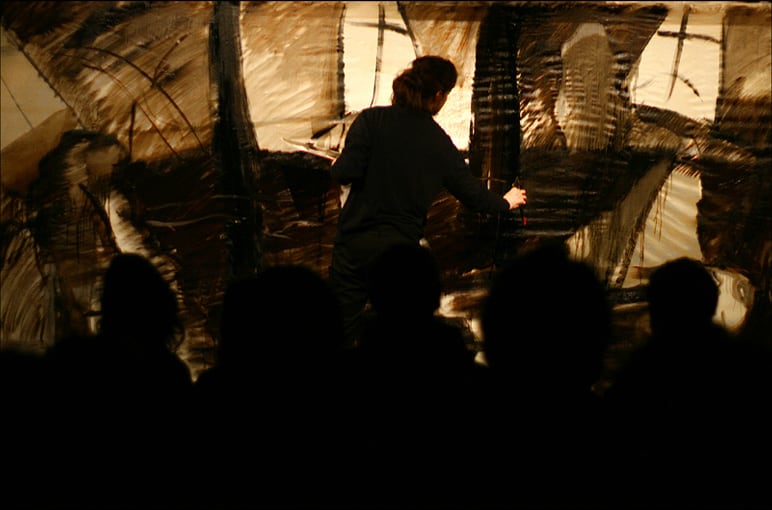 In the two performances, live music and painting intercommunicated and became muse one for each other. I got inspiration from the songs, I painted improvising, in front of musicians behind the canvas (only their shadows where visible). Around me standed the audience, they were enwrapped by audio and visual emotions.

Next
Taken by the dream