I hope the Russians love their children too

Diary of an East Europe journey. Sting’s song comes up in my mind, with its verse ”I hope the Russians love their children too.” 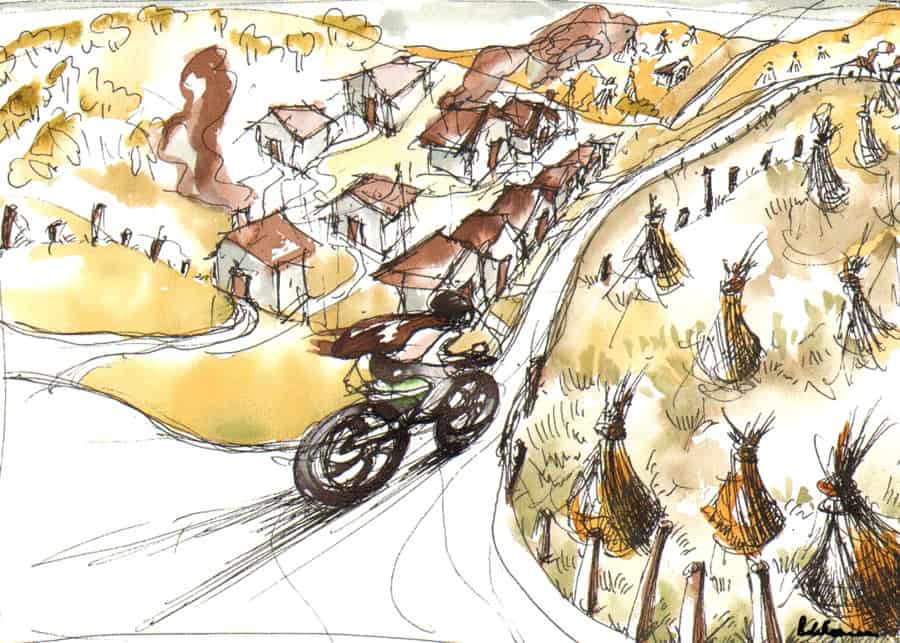 The Berlin Wall has fallen since not long ago but at the border I have been controlled meticulously by the customs, as I would have concealed something, with rude ways and after standing by a few hours. In Poland only a few inhabited villages have been modernized. The countryside seems to adapts itself to houses desolation.

The country has still rural features; the road runs through grass plains, sometimes cultivated lands. Trees are short and spiny.

Now and then rise blind buildings grouped together, at the top of dark hills, their shapes drawn in the yellow-brown sky. Inside a city the sidewalk and the river banks are made of a faded grey-rose concrete. Houses seem to be abandoned and decadent but they are all occupied, surveilled. People walk brushing along the walls, silent and remissive.

Some child plays with a ball – the sole life sign, but also children are pensive, weighed down with the loud silence of urban atmosphere.

Back to the future of fourth revolution.

In Europe and America there’s a growing feeling of hysteria
Conditioned to respond to all the threats
In the rhetorical speeches of the Soviets
Mister Krushchev said, “We will bury you”
I don’t subscribe to this point of view
It’d be such an ignorant thing to do
If the Russians love their children too
How can I save my little boy from Oppenheimer’s deadly toy?
There is no monopoly on common sense
On either side of the political fence
We share the same biology, regardless of ideology
Believe me when I say to you
I hope the Russians love their children too

There is no historical precedent
To put the words in the mouth of the president?
There’s no such thing as a winnable war
It’s a lie we don’t believe anymore
Mister Reagan says, “We will protect you”
I don’t subscribe to this point of view
Believe me when I say to you
I hope the Russians love their children too
We share the same biology, regardless of ideology
But what might save us, me and you
Is if the Russians love their children too

Next
Hold my hand, Fausto